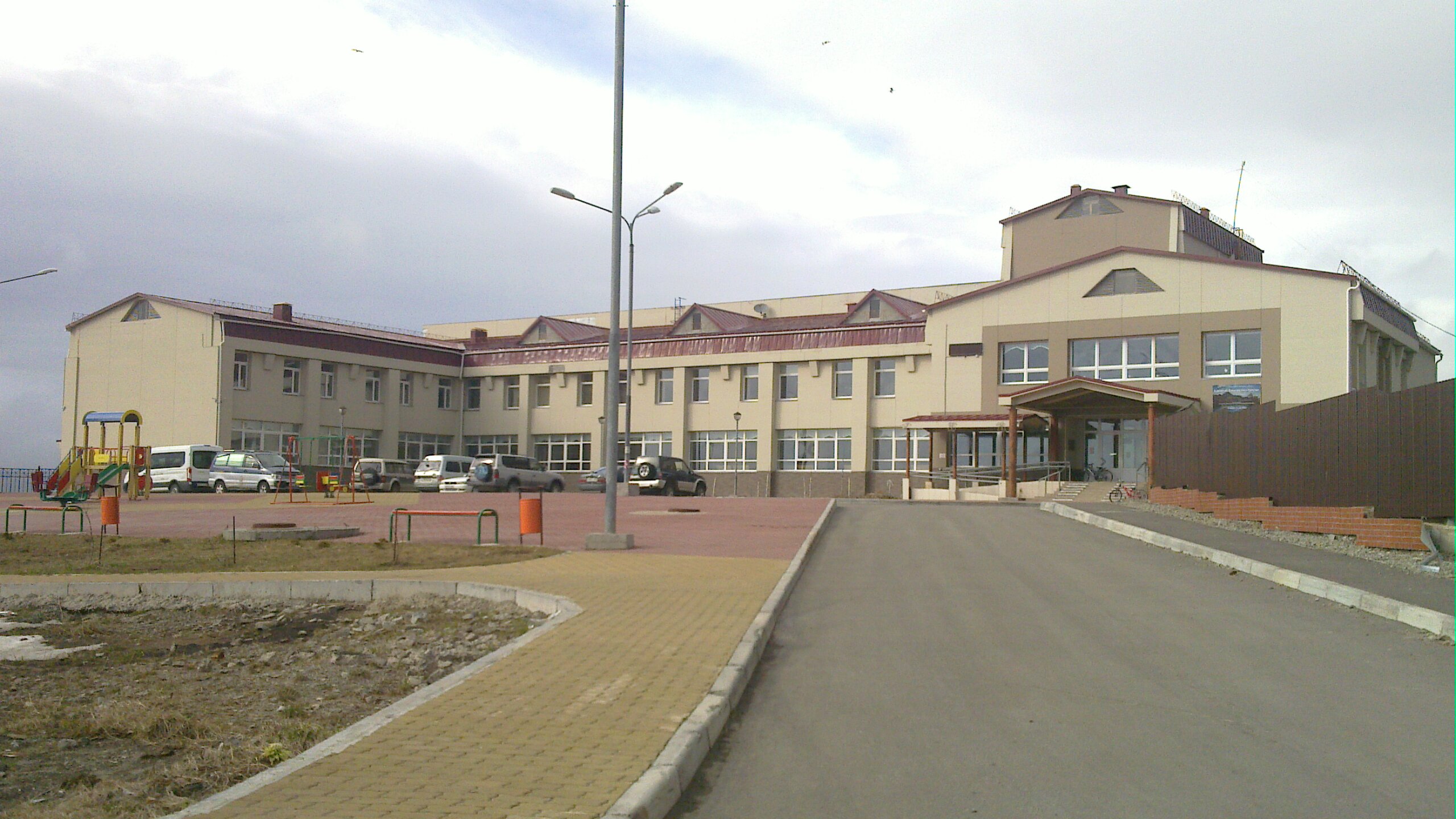 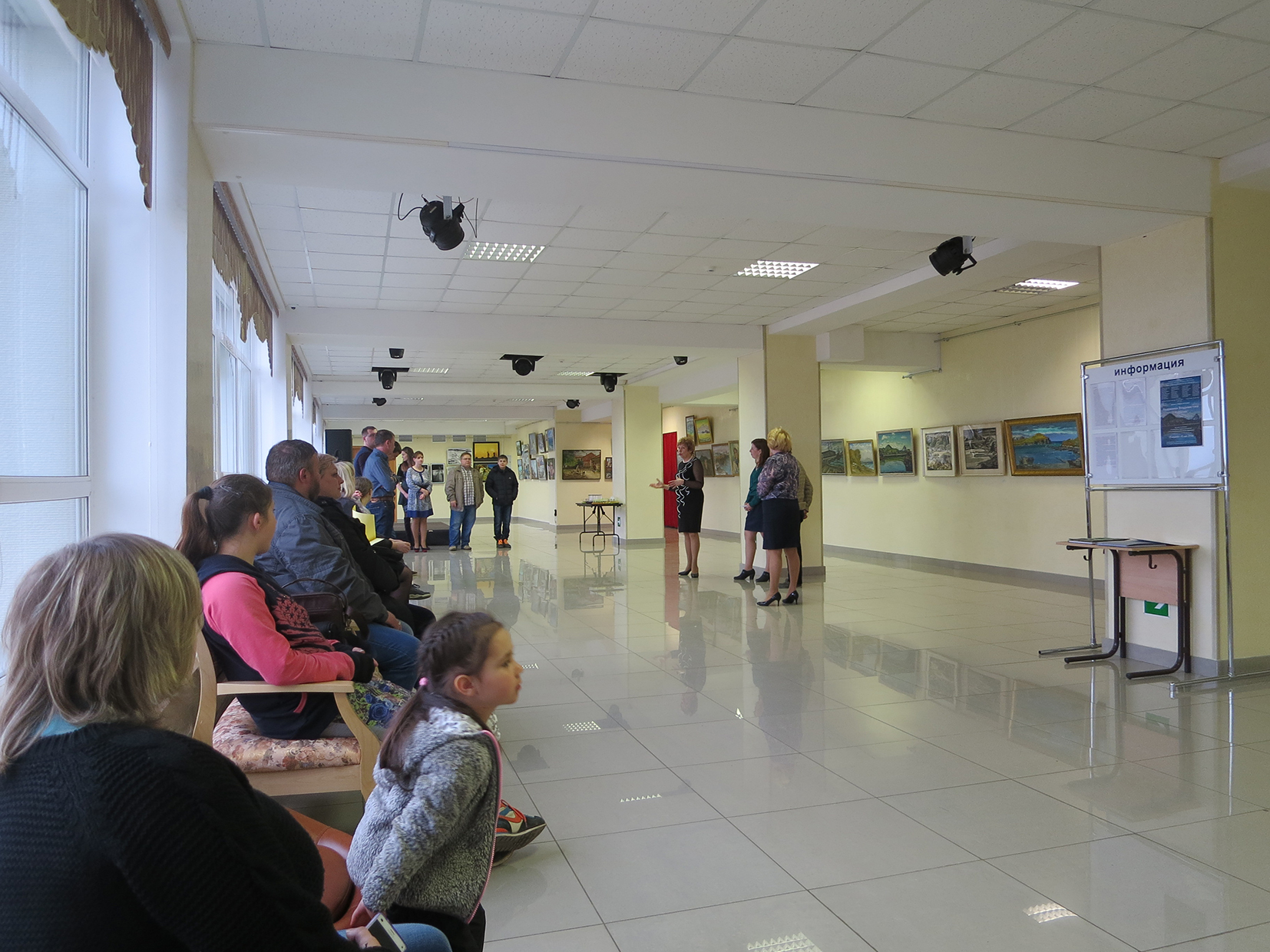 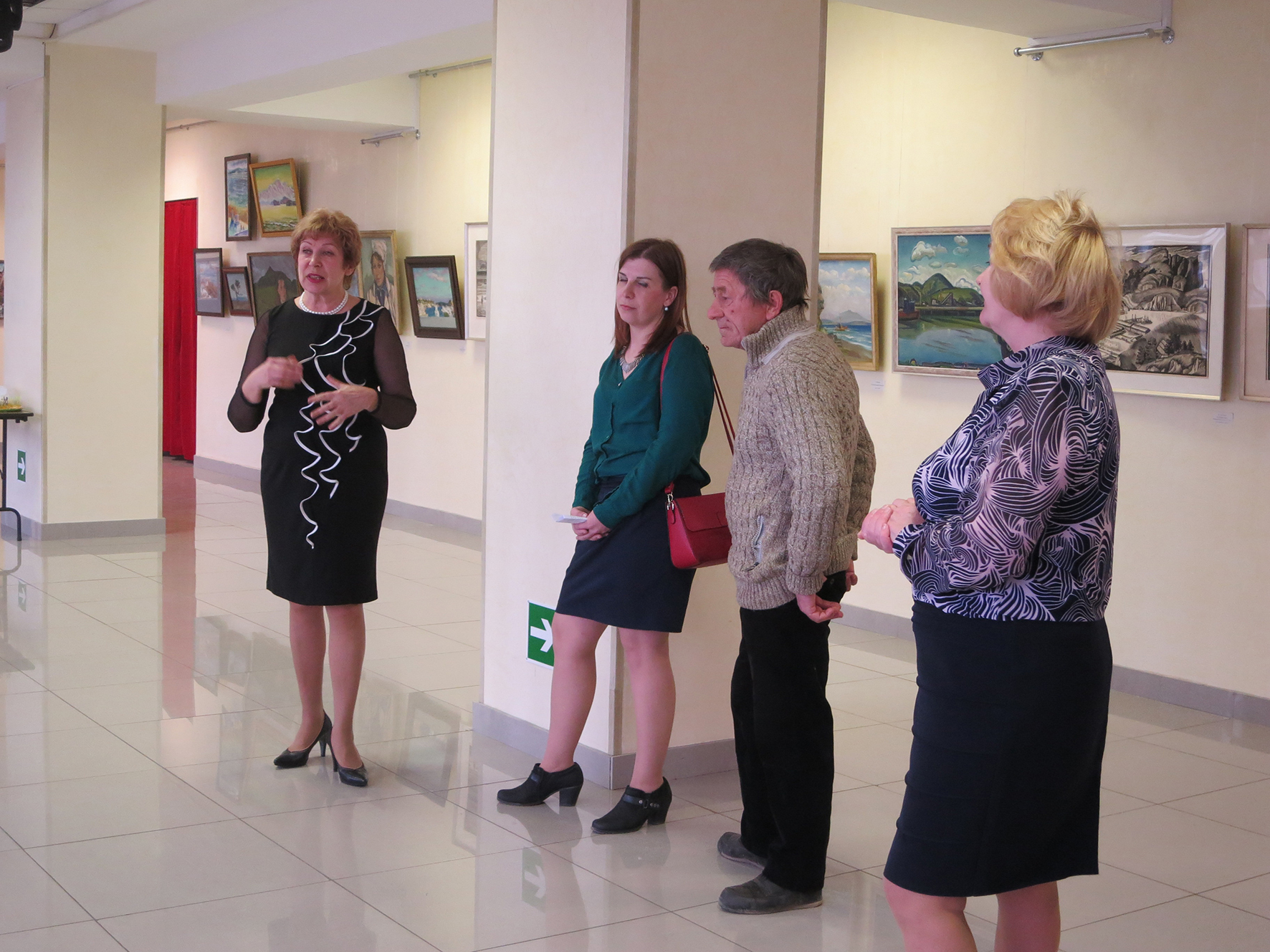 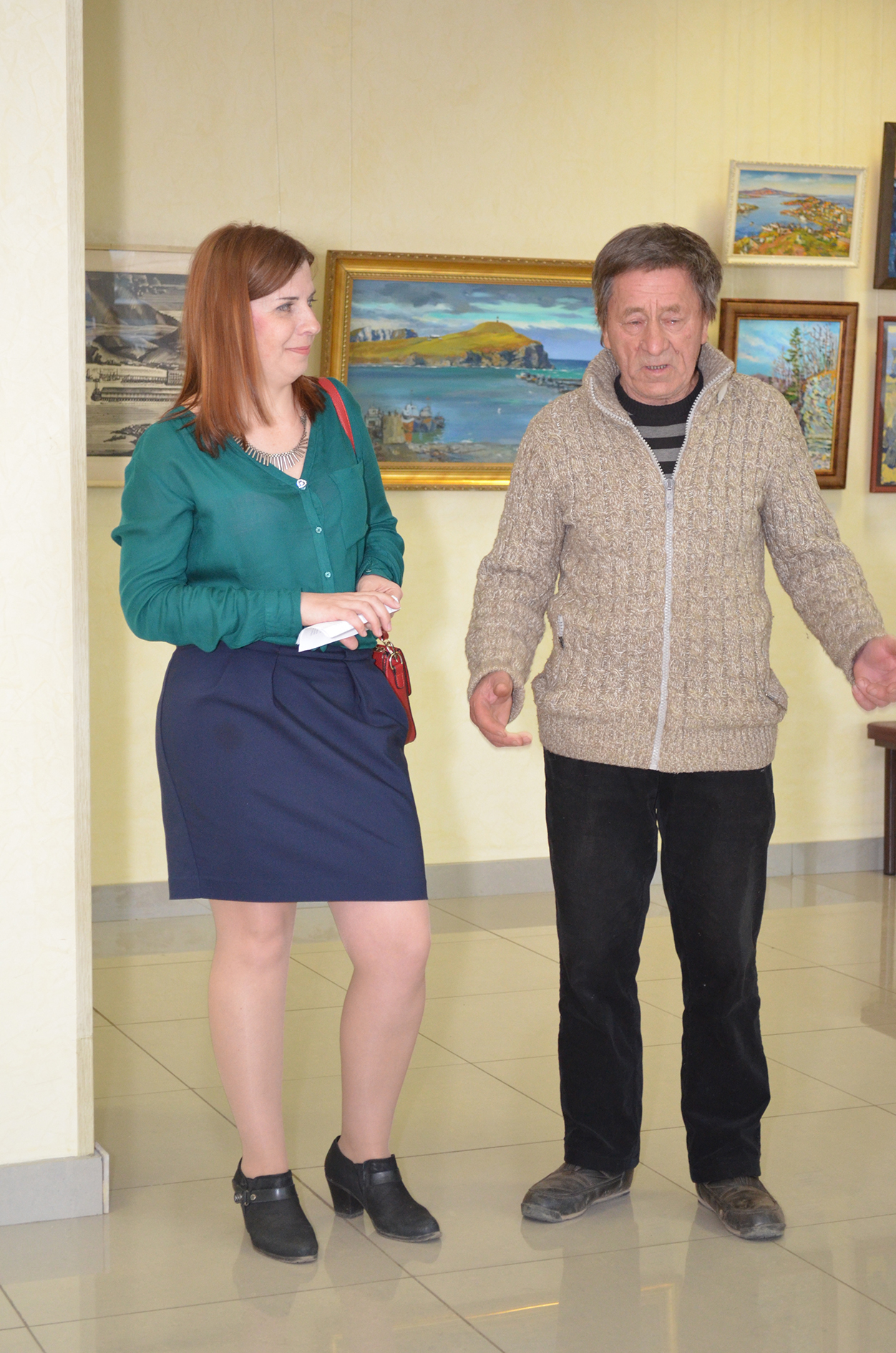 Anatoly Momotov tells visitors about the first Shikotan group of artists from Vladivostok.

Near artist Anna Kopytina, organizer of the exhibition.

It was Anna who was able to collect and deliver the works of Vladivostok artists to the Kuril Islands and to Yuzhno-Sakhalinsk.

Invaluable assistance in organizing the exhibition was provided by Alexander Gorodniy, Director of the "ArtEtage" Gallery, Vladivostok. The exhibition also owes its name to Gorodny.

The visit by the governor was not planned. But when he saw the announcement on the house of culture, Oleg Kozhemyako decided to watch the exhibition and stayed near the paintings for almost an hour (although the handrails asked the governor to stay only 15 minutes).

ПAfter the visit of the Governor of Sakhalin to Yuzhno-Kurilsk, an unexpected turn took place in the fate of the exhibition. It was decided to show it on Shikotan, Iturup, as well as in Yuzhno-Sakhalinsk (in the new building of the Chekhov Museum) and partially in Kholmsk.

- We were literally torn to pieces, - says Anna Kopytinayu. - Local authorities helped with the transportation. All Kuril newspapers wrote about us. The South Kuril Museum bought ten works - mostly artists of the Shikotan group. And once the Japanese came to the exhibition, who arrived on a weekend trip, and they were also delighted, wanted to buy several paintings, but it was simply not possible in terms of time.

I think that there was not a single resident of Yuzhno-Kurilsk or Kurilsk who would not have visited our exhibition. The book of reviews reads like a poem: people admire, wonder. I will not hide the negative reviews: they say that it would be better to spend money on this or that instead of the exhibition ... But this is a normal part of any business - there will always be dissatisfied people. The vast majority of reviews were very pleasant, joyful. People realized that their native places, too far away, as it seemed to them, from the mainland, admire the beauty of the artists that everything is possible if you try .... 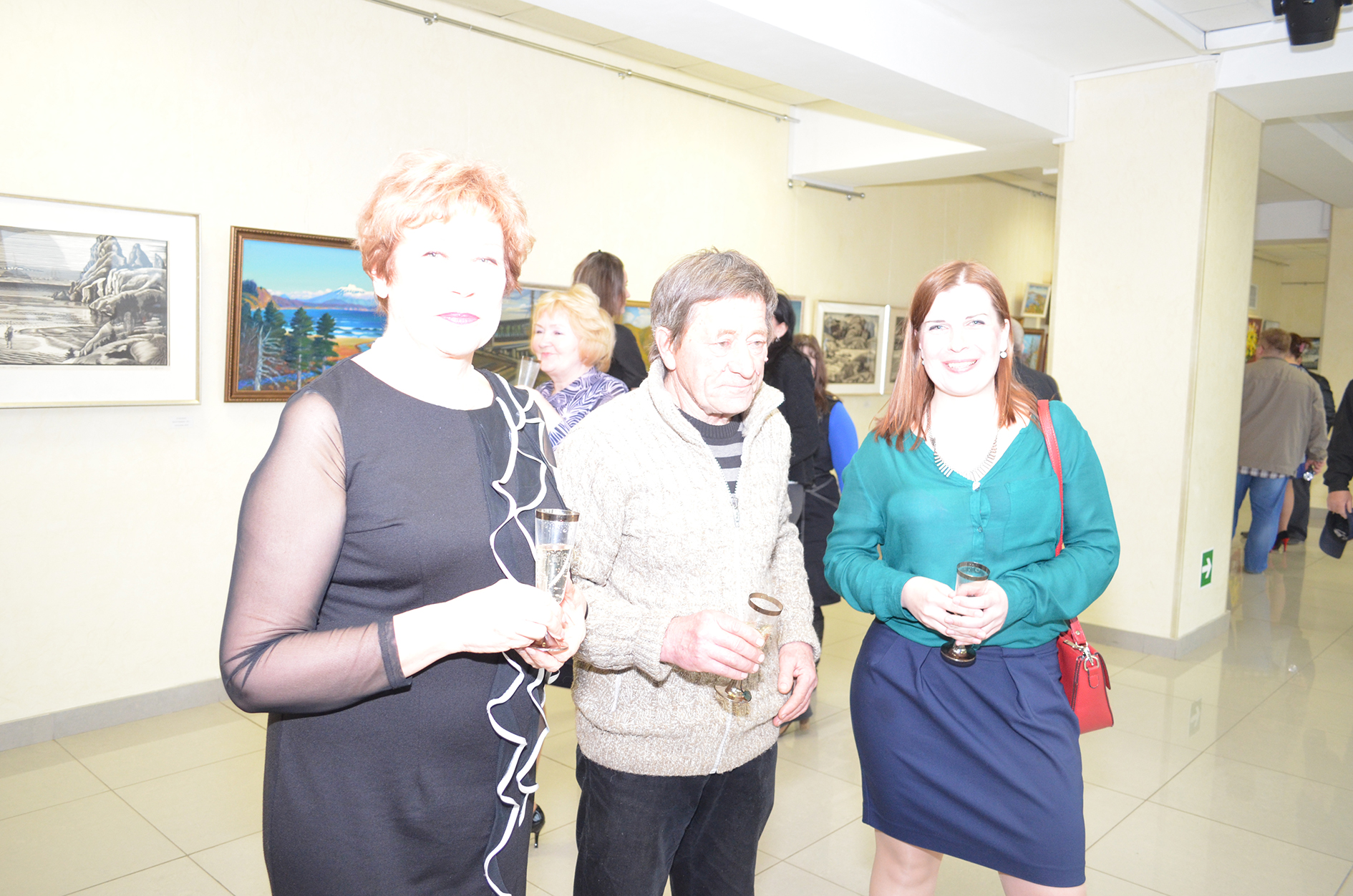 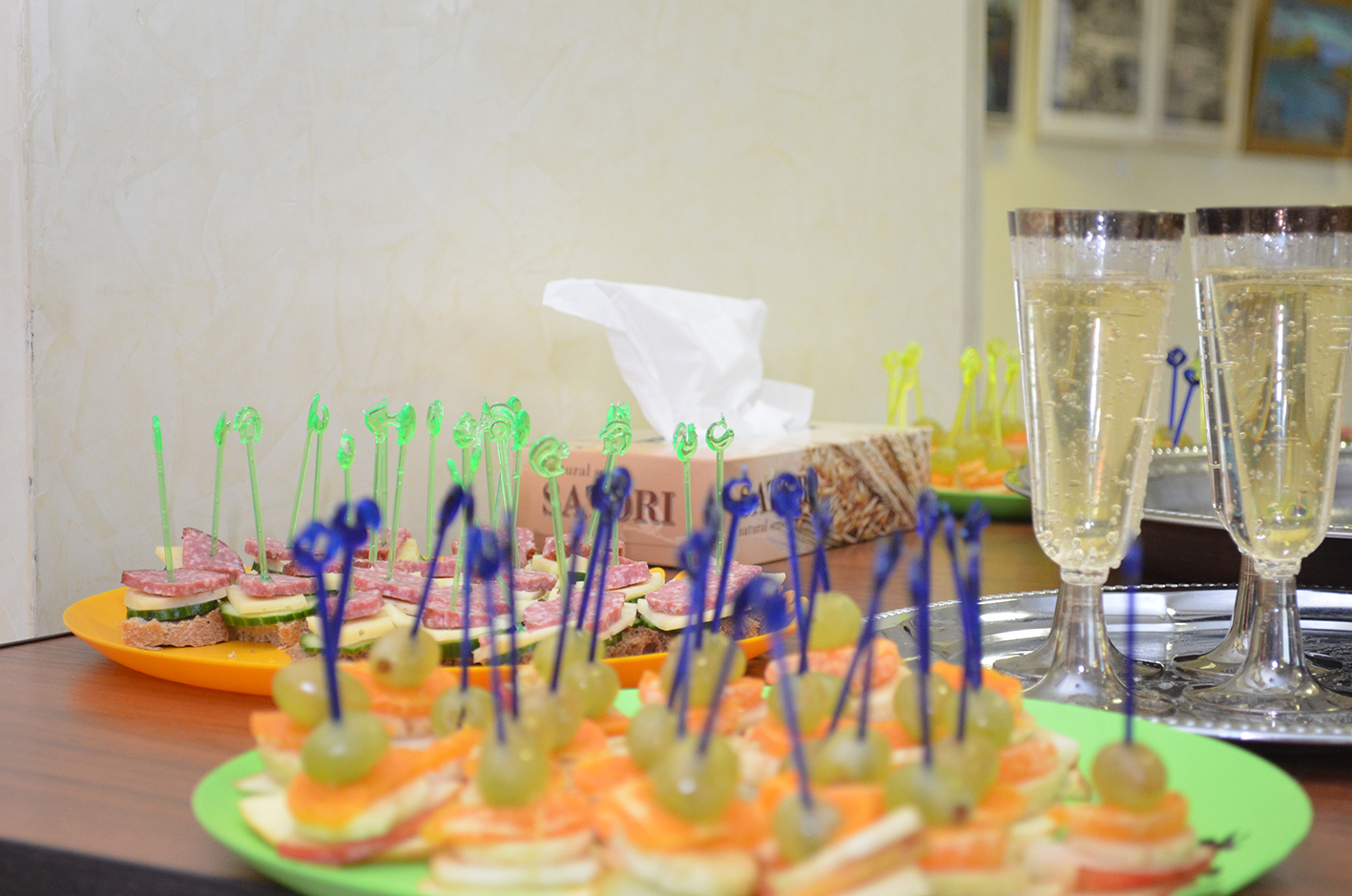 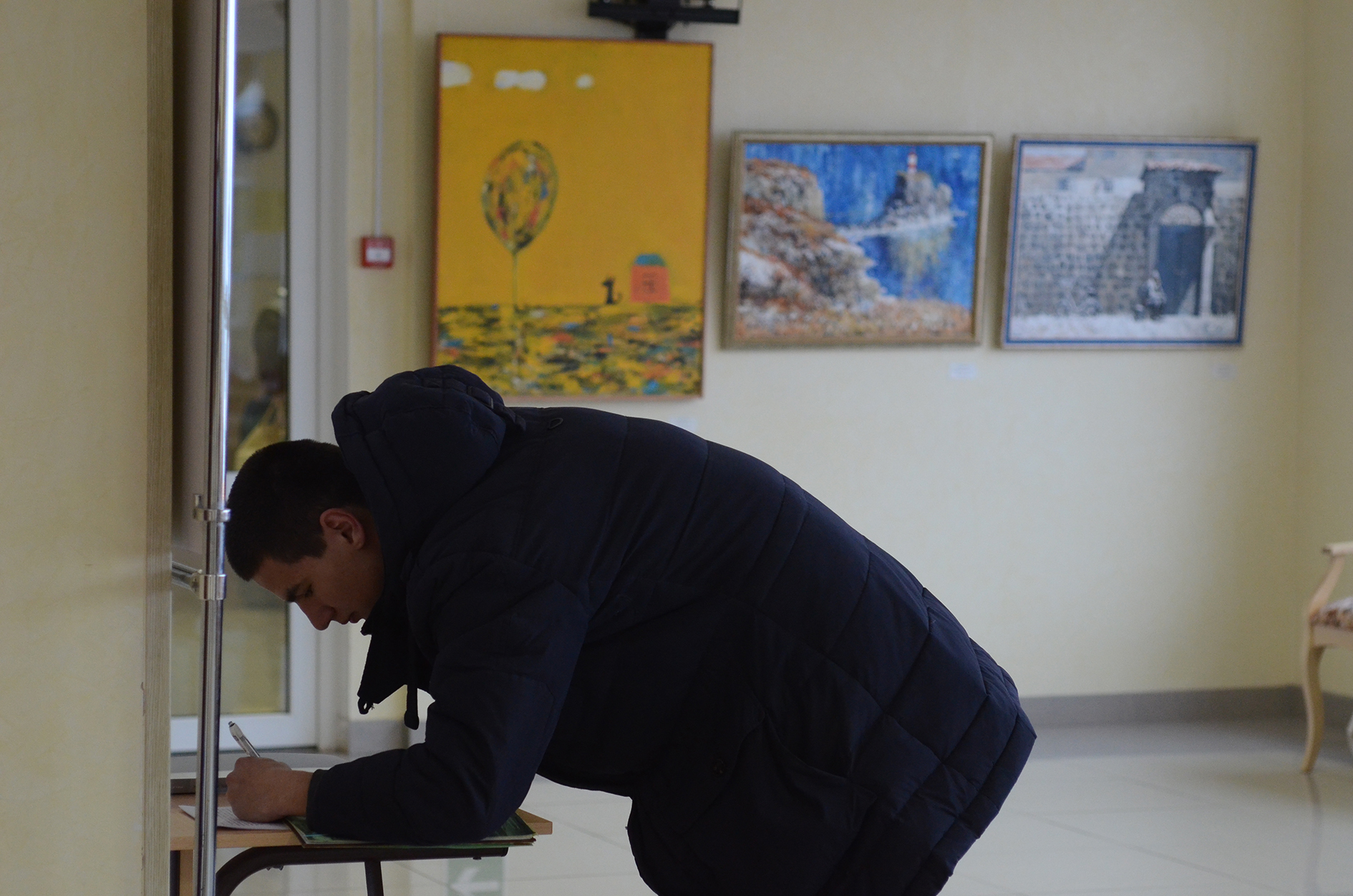 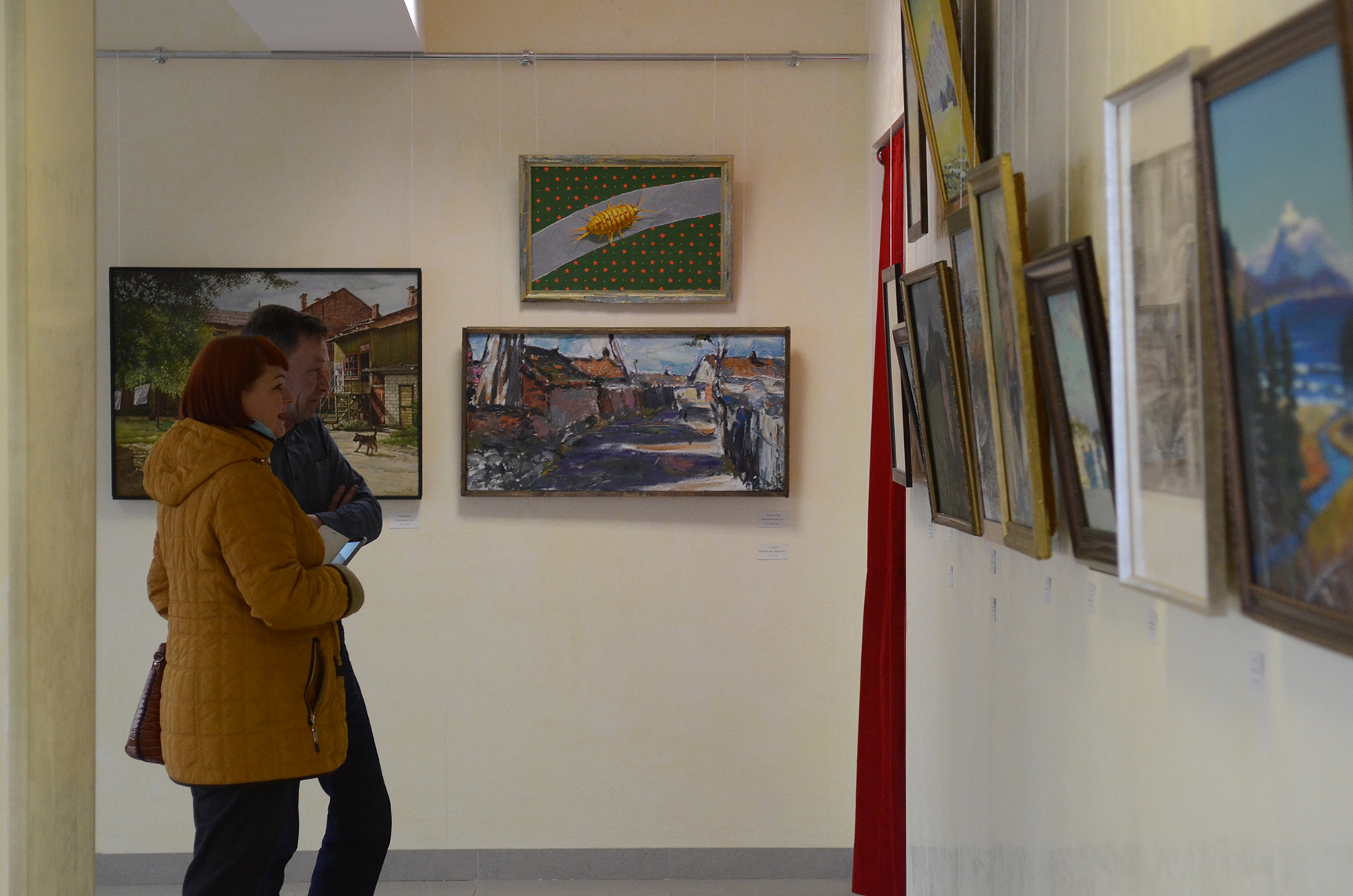 The head of the Department of Culture of Yuzhno-Kurilsk, Galina Vladimirovna Glushkova and the legendary fisherman captain Anatoly Gavrilovich Momotov, who, in between fishing, drove those same “Shikotans” along visible, invisible bays and islands of the Kuril ridge for plein air. 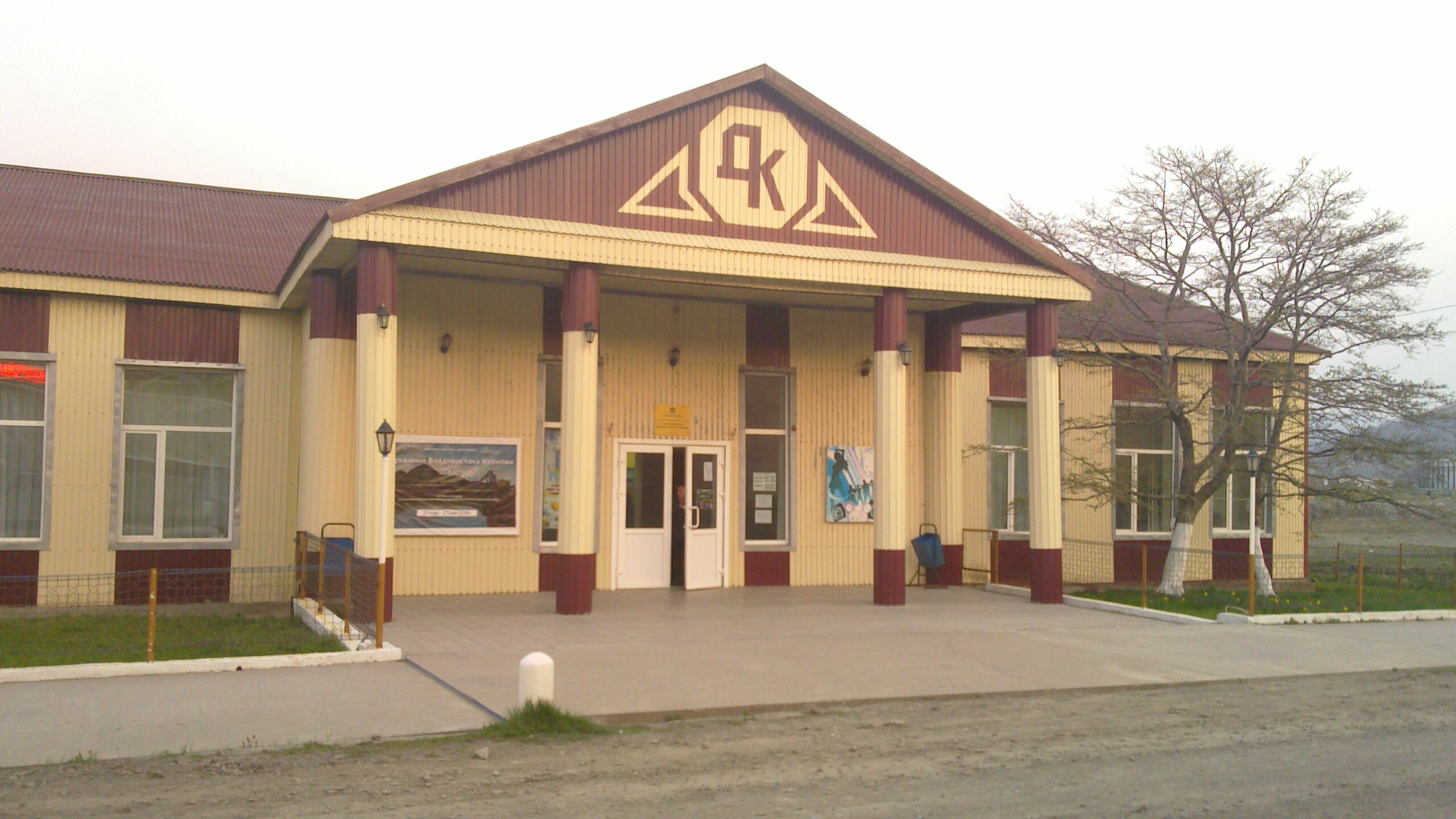 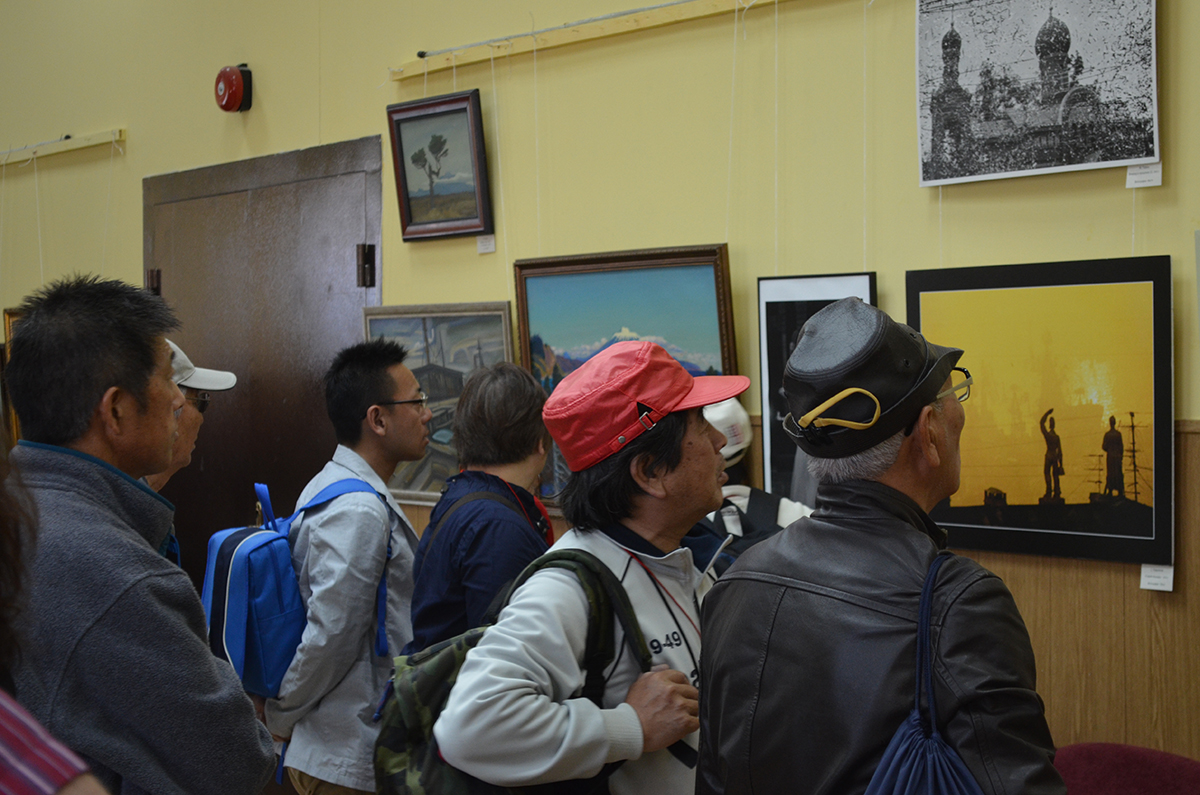 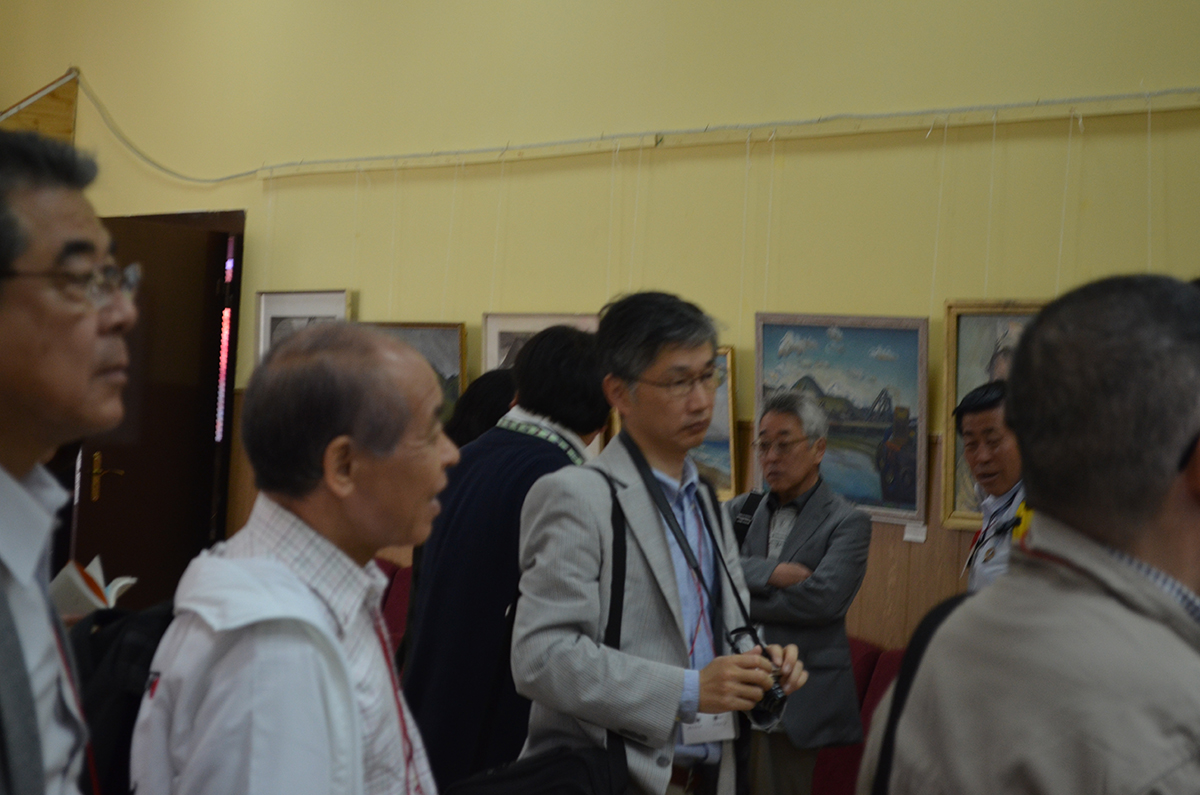 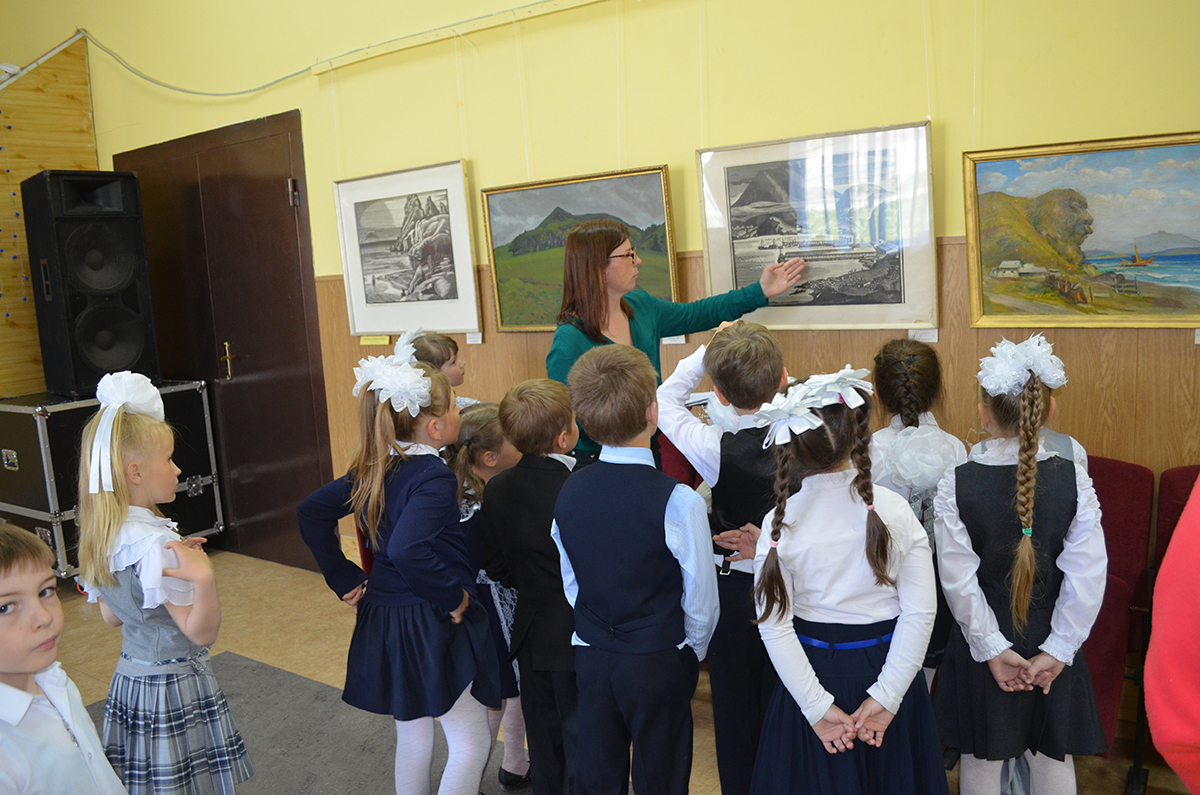 A lesson in art history of Vladivostok-Kuril to the younger students of Krabozavodsk. 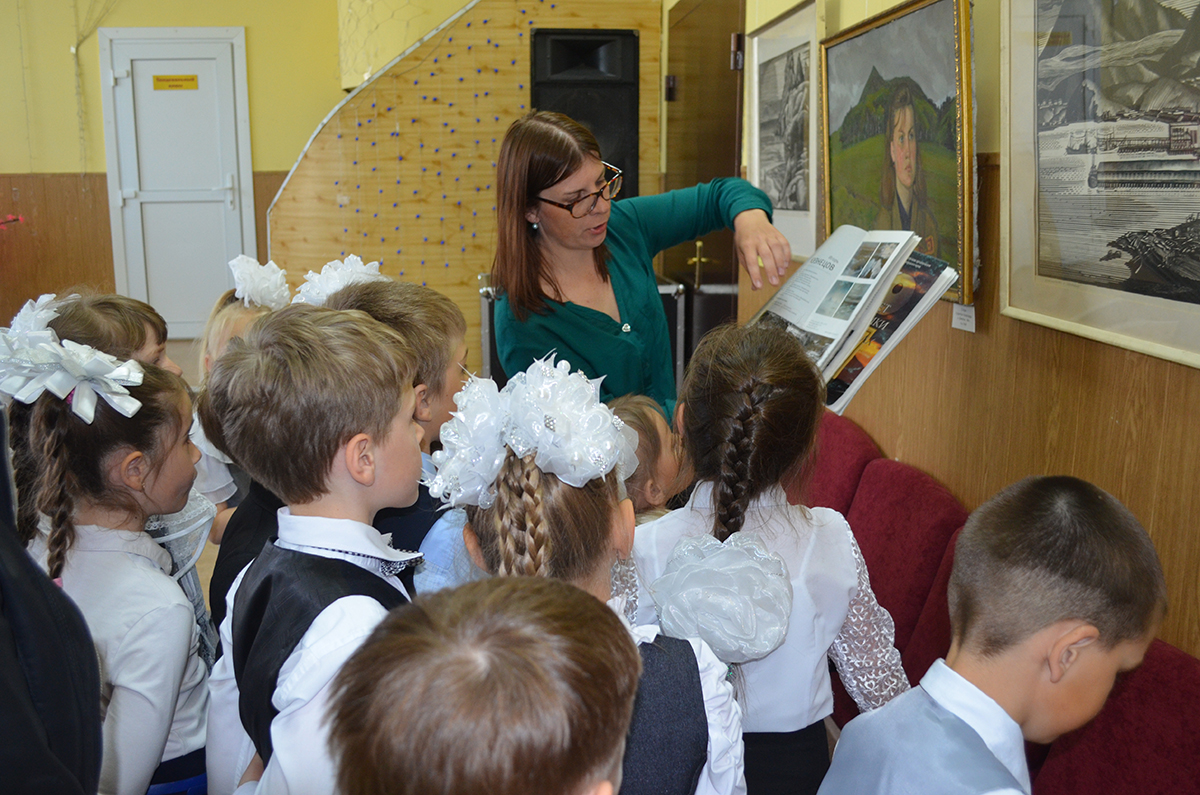